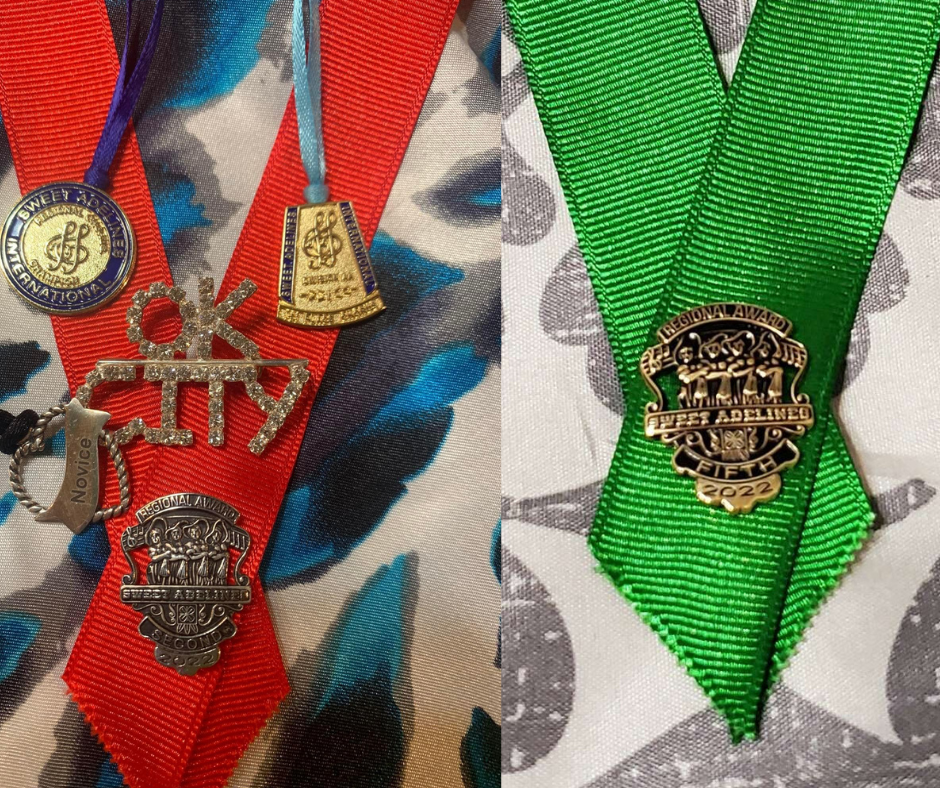 Regional Competitions of Sweet Adelines International begin each year with the Quartet Competition.  Having not held the competition for the last two years because of the pandemic, many quartets did not survive because they were not able to get together to rehearse.  Some chose not to compete because of feeling ill prepared.  In order to compete, the ladies must be members of Sweet Adelines International, either as part of a regional chorus or as a Chapter-at-Large member (not affiliated with a specific chorus but members in the region).  This break also gave other singers an opportunity to form new quartets, and that is the case with the OK City Chorus.  There were three registered quartets with members from the OK City Chorus who competed in Wichita on the weekend of March 31-April 1—Madison Avenue, Montage and Down Home.  Although most of the members of the quartets have been singing together off and on over the last few years, some had new members who became a foursome in time to compete and had not performed publicly before competition.  Many of them had also never competed before.

Twelve quartets from within the regional competed in the contest on Friday afternoon before a panel of four judges, who gave them scores in four categories:  Music, Sound, Expression and Visual Communication.    The top five scores are awarded medals, and the top quartet earns a spot in the International Competition in 2022 in Phoenix, Arizona.  After the scores were tallied, the fifth place medal went to Madison Avenue, and the second place medal went to Montage.  Montage was also awarded the Novice Quartet award for the highest scoring quartet with two (2) or more singers that have not competed previously on the Regional stage in a quartet contest.

These quartets did a great job of representing the chorus.