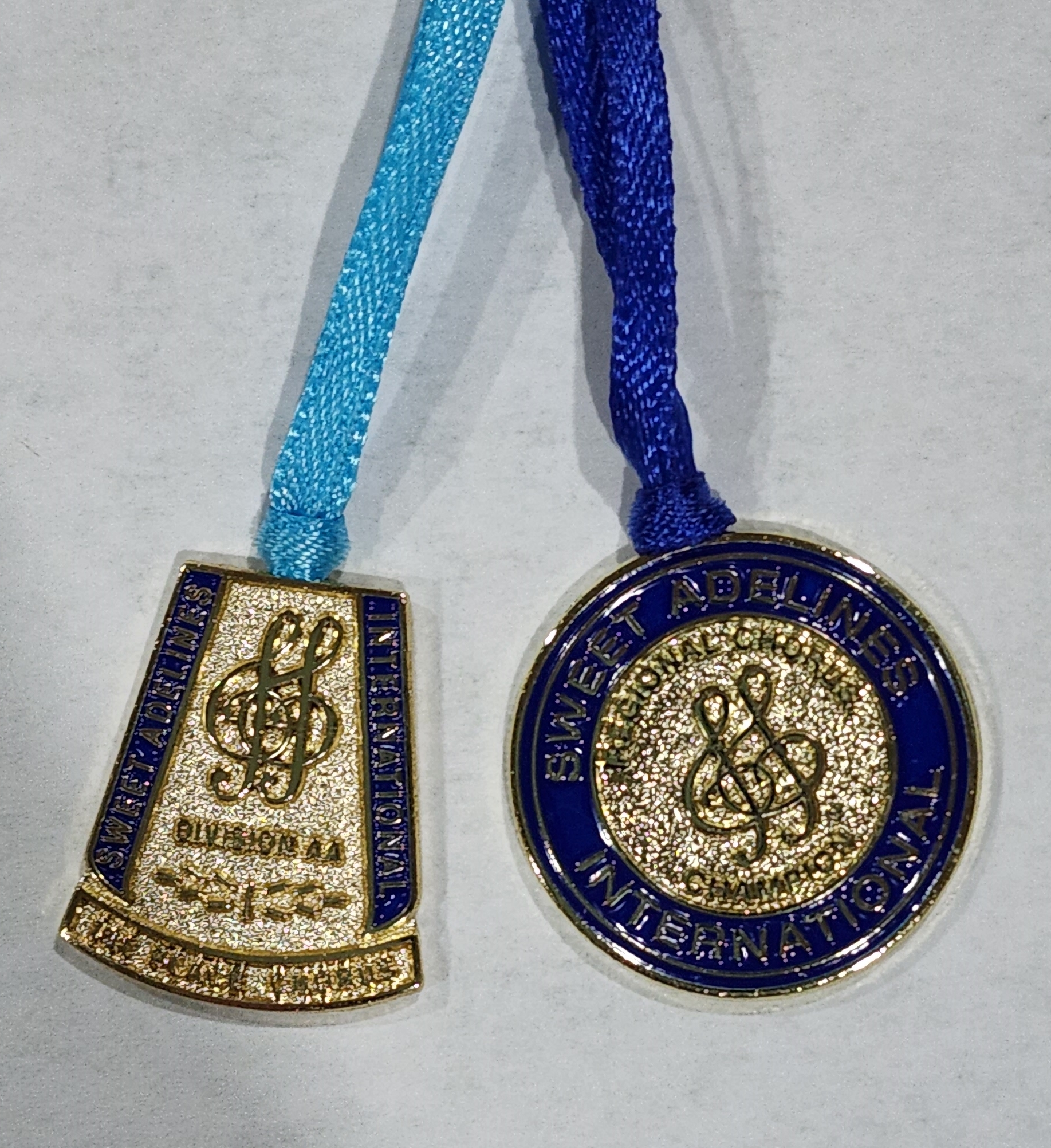 After the last two regional competitions were cancelled because of the pandemic, singers all over the world are happy to be back on the risers again this spring as Sweet Adelines International gives the go-ahead for competitions to resume.  The OK City Chorus worked hard over the last several months preparing to take the stage in the Region 25 competition in Wichita, Kansas on March 31-April 1.  A new ballad was introduced while they were still meeting via ZOOM, and everyone worked hard to learn the music.  When they started meeting again in person, they hit the ground running to be totally prepared to perform their package.

This was a particularly exciting time for not only OK City Chorus but also the other choruses in the region as they were able to reunite with friends, sing together, and compete after the unfortunate break.  OK City had 55 Singers on stage, 17 of whom were competing for the first time, as contestant number two of ten in the chorus competition on Saturday at the Century II Performing Arts & Convention Center,  The competition was exciting as always, and after waiting for all choruses to sing, it was time for the awards to be announced.  Choruses are classified in two divisions based on size.  Awards are based on scores of choruses within each division.  OK City Chorus was the champion chorus in the AA Division as well as Overall Chorus Champion.  Medals were presented for each win as well as a trophy for the overall placing.